The best two English strikers in premier league right now could lead the line in England’s crucial world cup qualifier against Montenegro on Friday night at Wembley. Between the two strikers nine goals have already been scored this season, with Daniel Sturridge the premier league’s top goal scorer with six goals to his name so far. The only time the two strikers played together was in the 1-1 draw against Ireland at Wembley last May.

The Liverpool man and one half of the deadly S.A.S partnership is in the form of his life, but we clearly saw the potential in Sturridge even whilst he was still a youngster at Manchester City, Chelsea and Bolton. The only problem is his arrogance and his I can do it all attitude, which he needs to drop. But since moving to Liverpool from Chelsea in January the strike partnership with Luiz Suarez has really brought the best out of Sturridge. As for Rooney his personal problems have been mostly off the pitch with rumours of a move away from Manchester floating around all summer. However this has seemed to who have made him want to prove a point to his critics this season, with notable performances against Bayer Leverkusen in the champions league and in Manchester United’s defeat at City where he scored an unforgettable free-kick.

But as far as Friday night is concerned if played together the Rooney and Sturridge strike partnership will have to work. Rooney may drop a bit deep as usual, with Sturridge always looking to play up top in an advanced position. Both are very skilful, can create and most importantly score goals. This could develop like the Michael Owen and Emile Heskey England strike partnership did, which lets remember was also successful because they were also playing together at Liverpool. If successful it will be truly great to see how this “frightening” strike partnership as described by England captain Steven Gerrard develops.

England go into Friday night’s game knowing that three points against Montenegro and a win against Poland next Tuesday will book them a place in next summer’s World Cup in Brazil. It will be a tough task as Montenegro have to avoid defeat at Wembley in order of having any chance of qualifying, and England’s last three games against the South Eastern Europeans have ended in draws. As for Tuesday’s game against Poland there are only two words that would scare any defence and they are Robert Lewandowski…  good luck England. 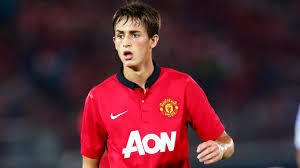 Sportlobster is a new and fast growing online social networking site dedicated to sports. For years sports fans have been frustrated by having to troll through multiple sites or downloading multiple apps to get news, rumours, photos / videos, scheduling of events, making predictions, placing bets and reading blogs of fellow fans. Sportlobster has brought all of these elements into one, for any sport of choice. The social networking site which started back in April already has already got thousands of users, and has managed to attract some famous users such as former footballer Michael Owen and F1 presenter Natalie Pinkham.

Currently Sportlobster are recruiting agents to get more sign ups for the site. If your interested in getting involved in this new social network start up please email john@sportlobster.com

The prospect of a Winter World Cup 2022 has edged a step closer today as European chiefs agreed that the event could not take place during the summer in Qatar. The 54 UEFA member association backed the plan in a meeting in Croatia.

FIFA vice president Jim Boyce said, “There were certain reservations regarding the World Cup in Qatar but everyone agreed that it would be impossible to play in the severe heat of Qatar in the summer.”

Temperatures in Qatar can reach up to 50 degrees which could be a health risk to players and fans. However, there are already concerns over the proposed plans to make the tournament a winter event in 2022.

If the 2022 World Cup is played during the winter this would disrupt domestic games across Europe and the world, and in particular the Premier League. The 2021-22 season would be disrupted as well as the ones on either side.

The question is would there be a break in the season? Or would there be reservations for games to be played in June and July? Questions on how the proposed Winter World Cup in 2022 will be organised will have to be answered by FIFA President Sepp Blatter.

Another plan is to move the tournament in 2022 to another location which seems more reasonable, however the head of the Qatar World Cup Hassan al-Thawadi has rejected calls for this to happen.

Football Association Chairman Greg Dyke has already said that the tournament in 2022 would have to be moved to another location if a time cannot be agreed.

Would do you think?